It would be a lie if we say that Mac OS isn’t a beautiful operating system. This working environment, full of details and beauty is great when it comes to boosting your productivity. However, I guess you want to do some basic or maybe heavy customization. If so, you’ve come to the right place. If you didn’t know, Mac has a whole set of themes that are tailored to its simplistic and eye-catching interface that we all know. In today’s article, our topic will be some of the best themes for your Mac OS device. Stay tuned, as we are going to count ten of them, so let’s do this.

Dracula is a color scheme for code editors and terminal emulators, including Terminal.app and 129+ other apps. Check the instructions to learn how to install it.

Amora is one of the best themes out there and it’s easily one of the most authentic themes I’ve ever seen. The reason for this is its white color that’s perfectly combined with a touch of red and black, giving this theme a futuristic look, for a giant eyegasm. The best of all is that this is a ShapeShifter theme, meaning that it’s going heavy on the overall customization, so everything’s being changed. Available in Onyx and Pearl variations, this one’s going to be amazingly good. Be sure to check it out, you won’t regret it!

Siro is another great theme that’s somewhat tiny, yet delivers a fatal blow. Aside from this fatal blow that will, fortunately, not kill your laptop, Siro packs a beauty of your first love. Again, we are talking about a futuristic theme that does its best of not overwhelming its user with tons of less-needed stuff. We have an authentic LED style highlight behind elements and the whole theme looks somewhat… well, plastic or maybe metallic, call it however you want! One is sure- Siro is one of the best themes for your Mac laptop, so you know what to do.

Unlike Amora and Siro, Neon takes quite a sleek and professional approach to its design. I mean, these two themes are also professional but Neon really takes it to another level. So, no LED design, no colorful stuff and definitely not the same “mood” like these two. So, what exactly is Neon? Well, it’s a theme for users that like an eye-catching aluminum finish with an interesting, concave upper left corner. As Apple says, their laptops will have those concave corners, so it’s pretty clear that Neon is made to support this interesting feature. We just have to wait a few years for this feature.

Speaking of beautiful aluminum cover, Umaso is another theme that sports these visuals. Again, we are dealing with the good, old plastic look that gives a sense of… well, plastics! Needless to say that this theme works wonders and looks great. Otherwise, it wouldn’t hit the main page of our list! All in all, Umaso is for those users that like their interface simple, sleek, and elegant, yet functional and beautiful.

Somatic is a cartoonish theme that’s all but professional. But, wait! We had four professional themes on our list since now? Since you’ve probably got tired of being a professional guy, Somatic is here to refresh your field of view, at least when you look at your laptop’s screen. So, how exactly this theme looks? It’s definitely colorful, cartoonish, yet functional and simple. We have a basic blue color here which looks nice and the icons are cool too. Overall, it’s a nice change from the more “serious” themes.

If you milk the cow, you’ll get some milk. But, if you milk the Milk, you’ll get nothing but a great theme for your Mac OS laptop. If you think better, the milk is white, isn’t it? Unless you get a chocolate milk, which is even better! Since this is an ordinary Milk, we have a simple white color with different color tints, for breaking the monotony. Furthermore, it’s available for Magnifique, making it a bit more versatile. You can’t go wrong with Milk and milk, too. 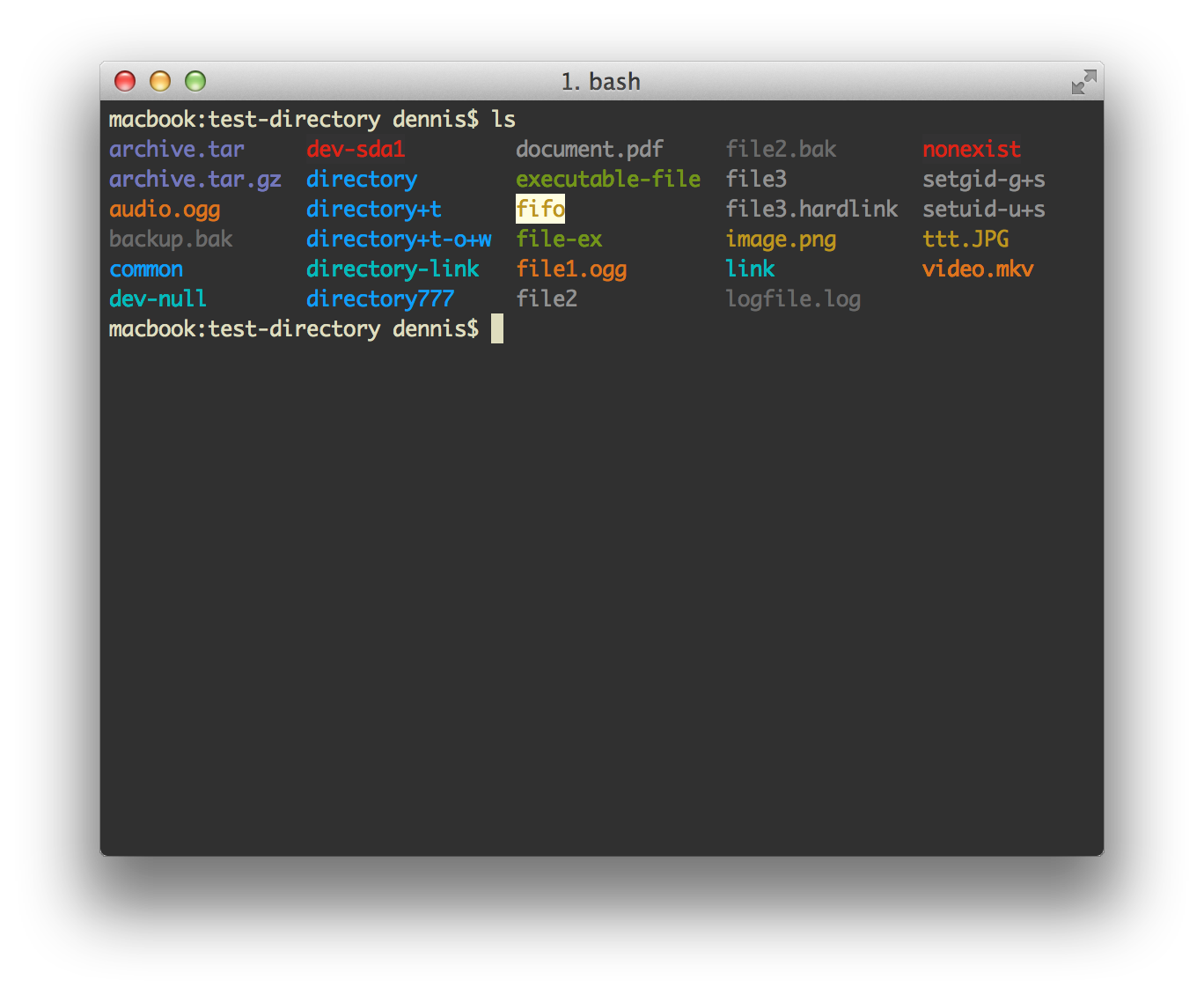 If you’ve owned a classic, old-school iPod, it’s time to mention that you aren’t that young anymore! And if you really liked your good boy, it’s great to know that you can recreate the same feeling you had back then with Pro LCD theme. With the brown, white, and green color that’s been on iPod’s display back in the day, Pro LCD will perfectly encapsulate that nostalgic feeling. This theme needs no special introduction as you all know how great it is, just by reading the words!

Eylo is a theme that many of you will dig after the first glance. Do you know why? It’s because it looks freaking great! If you’ve played Halo game series, you’ll immediately recognize this theme. It’s a bright theme that packs a nice, gentle blue color and looks fairly futuristic. I know that it’s not for every user, but a true gamer will find this theme more than attractive.

V23 might sound simple and straight to the point, and if it sounds like that to you, you aren’t wrong by any means! Unlike some glossy and shiny themes, V23 comes with a nice matte appearance that will ring some bells here and there. Color-wise, V23 has two of them – black and yellow. If you ask me, these two colors make one of the best color combos I’ve ever had the chance to behold. And yeah… it still manages to look quite professional, if that’s what you need.

Our last entry on the list is a theme called Mistikons. I’m not sure if the developer is trying to warn as of misty weather, but this theme isn’t misty by any means. In fact, it’s a very subtle theme that you can easily download and install. When it comes to the colors, we don’t have a huge plethora of them but we have a nice dark and light menu bar that should look great on your Mac OS. If you don’t like a heavy customization, this one’s perfect for you.

The goal of the project is to create a beautiful and extensible experience for command-line interface users, built on open web standards. In the beginning, our focus will be primarily around speed, stability and the development of the correct API for extension authors.

In the future, we anticipate the community will come up with innovative additions to enhance what could be the simplest, most powerful and well-tested interface for productivity.

Extensions are available on npm. We encourage everyone to includehyper in the keywordsfield in package.json.

Then edit .hyper.js and add it to plugins

Hyper will show a notification when your modules are installed to .hyper_plugins.

All command keys can be changed. In order to change them, edit.hyper.js and add your desired change to keymaps.

Then Hyper will change the default with your custom change.

The config object seen above in.hyper.js admits the following

Extensions are universal Node.js modules loaded by both Electron and the renderer process.

The extension system is designed around composition of the APIs we use to build the terminal: React components andRedux actions.

Instead of exposing a custom API method or parameter for every possible customization point, we allow you to intercept and compose every bit of functionality!

The only knowledge that is therefore required to successfully extendHyper is that of its underlying open source libraries.

You can find additional details about plugin developmentin the Hyper repository.

Your module has to expose at least one of these methods:

The user can hot-load and hot-reload plugins by pressing Command + R (refresh). Please strive to make plugins that don't require a complete restart of the application to work.

Plugins affecting the `BrowserWindow` will the effect on new windows after hot-reload.

When developing, you can add your plugin to.hyper_plugins/local and then specify it under the localPlugins array in.hyper.js. We load new plugins:

The process of reloading involves

Note: on the main process, plugins are registered as soon as possible (we fire onLoad). On the browser, it's up to the user to trigger their load by pressing command+R. We put the user in control of the loading in this way to prevent them from losing critical work by extensions that reset state or don't preserve it correctly.

We give you the ability to provide a higher order component for every piece of the Hyper UI.
Its structure is as follows:

All the decorate* methods receive the following references in an object passed as the second parameter:

All the components accept the following two properties to extend their markup:

Your higher order component can supply a onDecoratedproperty to the decorated component to get a reference to its instance.

Your Term higher order component can supply anonCursorMovehandler property that be called when cursor has moved with an object parameter representing its relative position to Term origin:

We encourage you to maintain compatibility with other decorators. Since many can be set, don't assume that yours is the only one.

For example, if you're passing children, compose potential existing values:

Or if you use onDecorated property

All theRedux actionsare available for you to handle through your middleware and reducers. For an example, refer to the Hyperpowerreference plugin.

In all cases, the side effect is passed as the effect key in the action and later handled by our middleware.

This means that you can override, compose or completely eliminate effects! In other words, this is how you can change the default functionality or behavior of the app.

As an example, consider the action we use to increase the font size when you press Command+=:

Hyper achieves a lot of its speed and functionality thanks to the power ofxterm.js

The Electron app objects are extended with the following properties:

Electron BrowserWindow objects are extended with the following parameters:

Renderer windows are similarly extended with:

The rpc object is symmetrical between browser and renderer process. The API is the same as Node.js, with the exception that it only admits a single object as its parameters only:

Themes are simply plugins! Only one hook, decorateConfigis needed:

I grabbed the class names by inspecting the term with Devtools, which you can trigger from View -> Toggle Developer Tools. When you do so, notice that some classes are automatically generated and followed by a random nonce (e.g.: term_13hv8io). Ignore those: they change with every new window!

Notice the emphasis on playing nice with other extensions. Specifically, we create a new object, extend only the keys we are interested in, and we compose the CSS to preserve the user's setting and that of other authors':

The following extension renders particles as the caret moves:

Let's walk throughits code.
First, we intercept the Redux action SESSION_ADD_DATA. You can find the full list of actionsin the repository.

Notice that we don't re-dispatch the action, which means we never render the output of the command to the terminal. Instead, we dispatch an action of our own, which we grab in the uiReducerand later map:

We then want to decorate the <Term> component so that we can access the underlying caret.

However, <Term> is not a container that we can map props to. So we use getTermProps to pass the property further down:

The extension thenreturnsa higher order component to wrap <Term>. Notice we pass the onDecoratedproperty to access the base Term component and its DOM ref, and theonCursorMove property to use Hyper cursor API: